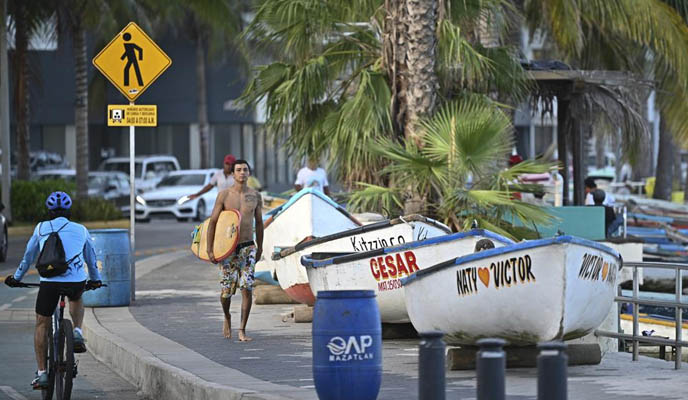 Pamela could be hurricane again as it makes Mexico landfall

MEXICO CITY — Tropical Storm Pamela is picking up momentum in the Pacific off Mexico and forecasters say it should be back to hurricane strength again before striking the coast north of the port of Mazatlan on Wednesday.

After weakening to a tropical storm Tuesday afternoon, Pamela was centered about 170 miles (275 kilometers) west-southwest of Mazatlan late Tuesday and was moving north-northeast at about 12 mph (19 kph), the U.S. National Hurricane Center said. The storm had maximum winds of about 70 mph (110 kph).

Pamela was forecast to pass well to the south of the southern tip of the Baja California peninsula during the night while accelerating its forward movement toward the coast and regaining wind strength.

The hurricane center warned of the possibility of life-threatening storm surges, flash floods and dangerous winds around the impact area.

Pamela was then forecast to weaken while crossing over northern Mexico and could approach the Texas border as a tropical depression by Thursday. The center said remnants of the storm could carry heavy rain to central Texas and southeast Oklahoma.

A PHP Error was encountered