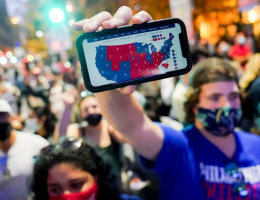 In statehouses across the country, 538 electors will formally cast their votes for either Biden or Trump based on the popular votes in their states.

Follow along for live updates throughout the day from across the country.

Electors in 10 states have cast their votes. Here’s where the vote stands.

As Electoral College meetings take place across the country Monday, electors in 10 states have already cast their votes by noon EST.

“These last four years have demonstrated how important it is to have elected leaders with confidence and good values,” said Lauren Beth Gash, an Illinois elector for Biden and former state lawmaker. “We stood in determination to fight for our democracy, to show the country and the world, once again, the best the United States has to offer. I’m honored to cast my Electoral College vote to confirm a team that will work to repair our image and lead us into a brighter future.”

Fifteen more states will meet beginning at noon ET, with three key states that Trump’s team contested --- Arizona, Georgia and Pennsylvania --- will meet at that time. Electors in those three states will cast their votes for Biden.

As of noon, Biden stands at 33 electoral votes, with Trump at 49.

N.H. has women of color as 'honorary hosts' in honor of Kamala Harris

Four women of color were named the “honorary hosts” of the Electoral College meeting in New Hampshire on Monday in honor of Vice President-elect Kamala Harris’ historic election. Harris will be the first Black woman and first Asian American vice president.

Mangipudi and Chittidi are of Indian-descent and Levesque and Weatherspoon are Black women.

Republicans in battleground states where President Donald Trump lost to Joe Biden plan to meet Monday to appoint their own slates of electors whose votes will be submitted to Congress, according to a top Trump aide.

“We have more than enough time to right the wrong from this fraudulent election result and certify Donald Trump as the winner of the election,” Stephen Miller, a Trump senior advisor, said during an appearance on Fox and Friends on Monday morning.

“As we speak today, an alternate slate of electors in the contested states is going to vote and we’re going to send those votes up to Congress. This will ensure all of our legal remedies will remain open.”

Trump failed to convince state lawmakers in states he lost such as Michigan, Wisconsin, Pennsylvania and Georgia to certify their own separate slates of Trump electors. But Trump electors could still choose to meet on their own.

With Biden certified the winner, Democratic electors received notification to appear from governors or secretaries of states in the six states Trump contested: Pennsylvania, Michigan, Wisconsin, Georgia, Arizona and Nevada. Trump electors did not. Unlike potential unofficial meetings of Trump electors in these states, the Biden electors will be appearing at statehouses with state election officials overseeing proceedings.

Election experts have long suspected the Trump team, in a plot to overturn the election, could try to send competing electors to Congress, which holds a joint session on Jan. 6 to count “all the certificates and papers purporting to be certificates of the electoral votes.”

But Ned Foley, director of the election law program at Ohio State University's Moritz College of Law, said that even on the "off-chance" that there was a rival submission of electoral votes, it would lack the votes to move forward. The House, controlled by Democrats, would quickly shoot down the effort, he said, and enough Republican senators would probably oppose the move as well.

Here is when the Electoral College will meet in each state

Electoral College meetings begin Monday, with Indiana, New Hampshire, Tennessee and Vermont the first states to have their electors meet at 10 a.m. EST.

Here are the times Electoral College electors will meet in each state:

Electors spent no time debating. They each voted, took photos of the ballots on their cell phones and signed the six election certificates that will be distributed to Vice President Mike Pence in his role as Senate President, and others.

Biden defeated Trump in heavily Democratic Vermont by a margin of 66%-31%.

“It’s not my first rodeo up here,” Vermont Secretary of State James Condos, a Democrat, said after the meeting that lasted just 11 minutes.

At 10:40 a.m., New Hampshire's four electors sealed the last documents to vote for Biden and Harris, becoming the third state on the book. Indiana's 11 electors met a little after 10 a.m. to cast their votes for President Donald Trump and Vice President Mike Pence, who won the state.

“It takes on a little more import than maybe traditionally it does,” Jen O’Malley-Dillon, Biden’s campaign manager, told reporters about the Electoral College vote. “It will clearly reinforce what exactly what’s been true for weeks and weeks and weeks. The president-elect and the vice president-elect have won. They’ve won clearly. They’re going to have 306 electoral votes from this broad coalition of voters.”

Biden is set to deliver remarks on the Electoral College at 8 p.m. EST from Wilmington, Delaware after most of the 50 states and the District of Columbia will have cast their votes for president.

O’Malley-Dillon, Biden’s incoming deputy chief of staff in the new administration, downplayed reports that congressional allies of Trump might contest the Electoral College results on Jan. 6, when a joint session of Congress convenes to count the electoral votes.

“Of course, there’s going to be more distractions out there,” O’Malley, pointing to the Trump team’s success rate of winning “1-in 58” court challenges they’ve filed targeting the election.

Michigan state House and Senate office buildings will be closed Monday during the meeting of the Electoral College due to security concerns, an official said Monday.

The Capitol will also be closed to the public, as was announced earlier.

Amber McCann, a spokeswoman for state Senate Majority Leader Mike Shirkey, R-Clarklake, said the Senate closed its facilities for Monday "based on recommendations from law enforcement."

"The decision was not made because of anticipated protests, but based on credible threats of violence," McCann said late Sunday.

Gideon D'Assandro, a spokesman for House Speaker Lee Chatfield, R-Levering, would not specify the potential threat.

Meetings begin at 10 a.m. ET; here's what you can expect

The Electoral College meetings, which begin as early as 10 a.m. in a few states, are scheduled for different times throughout the day, and they will be brief. Electors are tasked with simply casting ballots for their candidate and signing six election certificates that will be delivered to Vice President Mike Pence, the president of the Senate, among others.

The meetings are likely to draw protests from Trump supporters at some state capitols and receive extra security. The president has argued, without evidence, that the election was rife with voter fraud and stolen from him, galvanizing his core supporters around his cause. He has lost a barrage of court challenges seeking to overturn the election.

Americans who voted in last month's presidential election voted to appoint electors pledged for either Democratic nominee Biden, Republican nominee Trump, or nominees of third parties. Those electors formally vote for president, and a state's population determines how many electors it has.

Chosen by state parties earlier this year, electors are primarily party activists. Those pledged for Trump will convene in states the president won, while Biden electors will meet in states the former vice president carried, based on the certified election results in each state.

Trump failed to convince state lawmakers in states he lost like Michigan, Pennsylvania and Georgia to certify their own separate slates of Trump electors. It means Monday will lack the drama of competing slates of electors casting votes, spoiling a dubious legal strategy pursued by the Trump team.

Minimizing more chance for suspense, the Supreme Court ruled last year that states can decide whether to prohibit so-called "faithless" electors who buck the will of the voters and their party. Thirty-two states bind the electors' votes.

Recognizing defeat in the Electoral College, Trump and his allies are eying Jan. 6 in their final far-fetched effort to overturn the election. Some House Republicans have signaled plans to contest slates of electors submitted by battleground states like Pennsylvania and Georgia. But they would need support from a senator to have their objections considered. The two chambers would meet separately to entertain any objections. 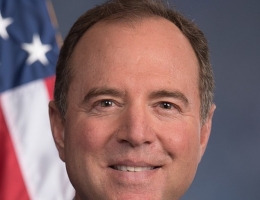 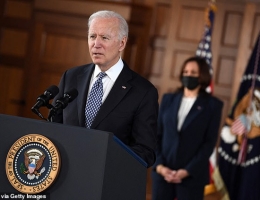 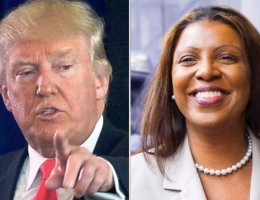 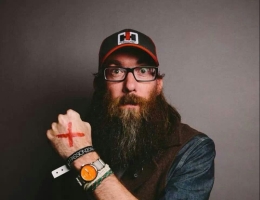 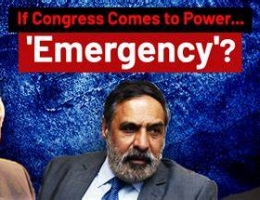 Threats to Congress decreased after record high in 2021, but are still concerning: Police