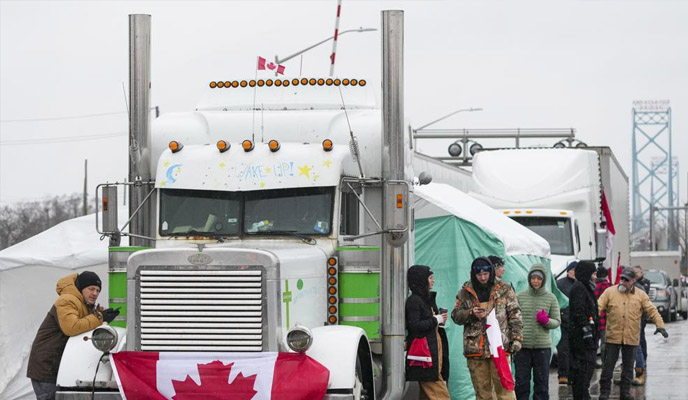 Ontario declares an emergency over truck blockades in Canada

TORONTO — Ontario’s premier declared a state of emergency Friday in reaction to the truck blockades in Ottawa and at the U.S. border and said he will urgently enact laws to crack down on those who interfere with the free flow of goods and people.

Since Monday, scores of drivers protesting Canada’s COVID-19 restrictions and venting their rage against liberal Prime Minister Justin Trudeau have bottled up the Ambassador Bridge connecting Windsor, Ontario, to Detroit, disrupting the auto industry on both sides of the border. Hundreds more truckers have paralyzed downtown Ottawa over the past two weeks.

Premier Doug Ford said he will convene the provincial cabinet on Saturday to enact orders that make it “crystal clear” it is illegal to block critical infrastructure.

“Let me be as clear as I can: There will be consequences for these actions, and they will be severe,” he said. “This is a pivotal, pivotal moment for our nation.”

Ford said violators will face up to a year in prison and a maximum fine of $100,000. The orders will also provide additional authority “to consider taking away the personal and commercial licenses of anyone who doesn’t comply,” according to his office.

Separately, the mayor of Windsor planned to ask for an injunction Friday afternoon to try to break up the bridge blockade, as parts shortages caused by the protest forced General Motors, Ford, Toyota and Honda to close auto plants or cancel shifts.

Federal, provincial and local authorities have hesitated to forcibly remove the self-proclaimed Freedom Convoy protesters there and elsewhere around the country, reflecting apparently a lack of manpower by local police, Canada’s reverence for free speech, and fear of violence. Windsor Mayor Drew Dilkens warned earlier this week that some of the truckers are “willing to die.”

But the political pressure to reopen the bridge appeared to be mounting along with the economic toll. The Biden administration has urged Trudeau’s government to end the blockade, and Michigan’s governor likewise called for a quick resolution to the standoff.

The Ambassador Bridge is the busiest U.S.-Canadian border crossing, carrying 25% of all trade between the two countries. The standoff comes at a time when the auto industry is already struggling to maintain production in the face of pandemic-induced shortages of computer chips and other supply-chain disruptions.

“American legislators are freaking out, and rightfully so,” said Nelson Wiseman, a political science professor at the University of Toronto. “Pressure is now being exerted by the White House on Trudeau to act more decisively.”

In addition to maintaining the bumper-to-bumper occupation of Ottawa, protesters have closed three border crossings in all: at Windsor; at Coutts, Alberta, opposite Montana; and at Emerson, Manitoba, across from North Dakota.

“We are now two weeks into the siege of Ottawa,” Ford said. “It’s an illegal occupation. It’s no longer a protest.”

The Freedom Convoy has been promoted and cheered on by many Fox News personalities and attracted support on the right from the likes of former President Donald Trump and Texas Sen. Ted Cruz.

“This is an unprecedented demonstration. It has significant levels of fundraising, coordination and communication. They have command centers established here and across the country and beyond this country,” embattled Ottawa Police Chief Peter Sloly said.

On Friday, amid signs that authorities might be prepared to get tough, police in Windsor and Ottawa awaited reinforcements from the Royal Canadian Mounted Police, the federal police force.

Ottawa’s mayor has asked for 1,800 additional police officers, which could nearly double the manpower available to the capital city’s police force.

“The problem is stretched police forces for all three levels of government,” Wiseman said.

The government reaction to the protests has also been marked by disagreements over who’s in charge. Canada’s emergency preparedness minister said this week that Ontario has ultimate responsibility, while the province’s transport minister said it is the federal government’s job to secure the border.

“If anyone `takes responsibility,′ they will be charged with failure when things are not resolved quickly or if things go badly,” Wiseman said.

Also, the leadership of the opposition Conservative Party on the federal level has openly supported the truckers, apparently happy to make this Trudeau’s problem. Ford, the Conservative premier of Ontario, said he was at his cottage last weekend, snowmobiling, during the Ottawa siege. He said he was taking calls about it.

The protests have spread outside Canada as well. Demonstrators angry over pandemic restrictions drove toward Paris in scattered convoys of camper vans, cars and trucks Friday in an effort to blockade the French capital, despite a police ban.

And in a bulletin to local and state law enforcement officers, the U.S. Department of Homeland Security warned that truck protests may be in the works in the United States. The agency said the protests could begin in Southern California as early as this weekend and spread to Washington around the State of the Union address in March.

Wiseman said the Canadian army should have been called in after a week of the Ottawa standoff.

“Hesitancy by federal authorities to act decisively has emboldened the occupiers and copycat occupations,” he said. “Ottawa, I believe, will be compelled to use the army.”

While the Canadian protesters are decrying vaccine mandates for truckers and other COVID-19 restrictions, many of the country’s infection measures, such as mask rules and vaccine passports for getting into restaurants and theaters, are already rapidly being lifted as the omicron surge levels off.

Trudeau has stood firm against lifting vaccine mandates. The prime minister has called protesters a “fringe” who believe in conspiracy theories and wear “tinfoil hats.” That has only incensed them further.

Pandemic restrictions have been far stricter in Canada than in the U.S., but Canadians have largely supported them. The vast majority of Canadians are vaccinated, and the COVID-19 death rate is one-third that of the United States. Canada lacks hospital capacity, so provinces have been quick to impose lockdowns when waves have hit. 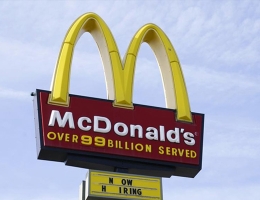 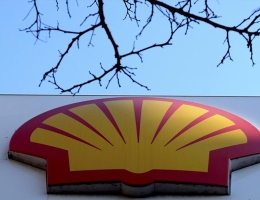 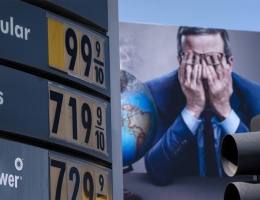 As war in Ukraine intensifies, US gasoline hits record $4.17

As war in Ukraine intensifies, US gasoline hits record $4.17 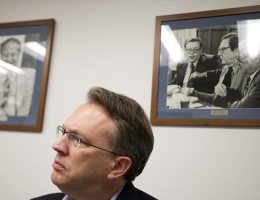 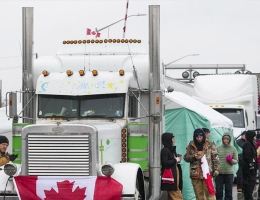 Ontario declares an emergency over truck blockades in Canada