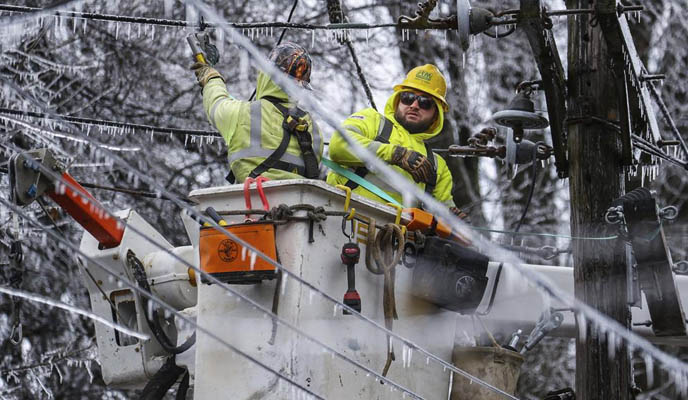 MEMPHIS, Tenn. — The winter storm that caused hundreds of thousands of power outages and contributed to hundreds of traffic accidents from Texas to Maine had moved out to sea Saturday, and while most locations were returning to normal, many people in the Memphis, Tennessee, area were without electricity and could be in the dark for a full week.

On Saturday morning the local utility, Memphis Light, Gas and Water reported about 84,000 customers, about 20% of the total, remained without power. In a social media post the utility said crews were working around the clock to restore power after 225 trees were brought down by the ice.

The National Weather Service is forecasting temperatures to be in the low 30s in Memphis on Saturday.

Memphis utility officials were planning a news conference at mid-day Saturday to discuss the situation.

Meanwhile, in New England, Massachusetts officials were still warning motorists on Saturday to watch for slippery spots on highways where hundreds of accidents, including one fatal crash, were reported on Friday.

Airlines that had scrubbed about 3,400 flights by midday Friday, were working Saturday to catch up with the backlog.

At least four fatalities are being blamed on the storm.

In addition to the fatal crash in Massachusetts, in the Tulsa, Oklahoma, suburb of Broken Arrow police said they were investigating a hit-and-run crash that killed a 12-year-old boy who was struck while sledding.

In western Alabama a tornado on Thursday killed one and critically injured three others. In Tennessee, a man was killed Thursday when his truck crashed into a tree that had fallen on to a highway.

More than a foot (30 centimeters) of snow fell in parts of Pennsylvania, New York and New England. While the bulk of the storm has moved out, the National Weather Service in Buffalo tweeted Saturday that several inches of lake effect snow was possible in areas southeast of the lakes.

Hunter Tubbs, a meteorologist from the National Weather Service in Maine, said the storm represented a “highly energized system” with waves of low pressure riding along like a train from Texas, where there was snowfall and subfreezing temperatures, to Maine and the Canadian Maritimes. 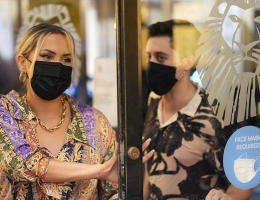 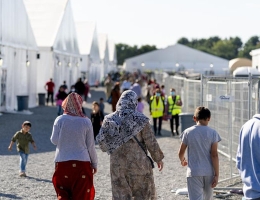 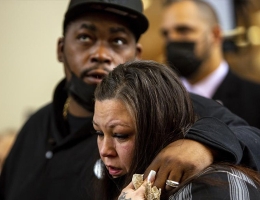 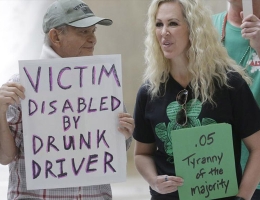 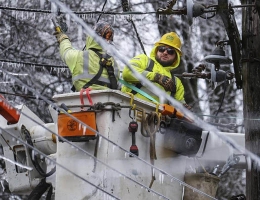