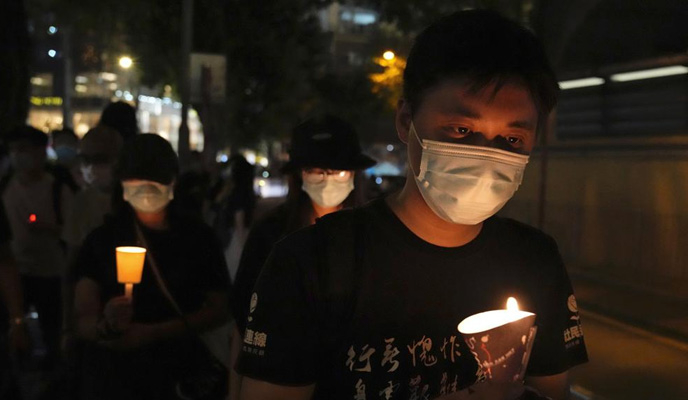 Hundreds show up around Hong Kong park despite vigil ban

HONG KONG — Hundreds of people gathered near a Hong Kong park on Friday despite a ban on an annual candlelight vigil remembering China’s deadly crackdown in Beijing’s Tiananmen Square, and the arrest earlier in the day of an organizer of previous vigils.

Hong Kong police banned the vigil for a second straight year, citing coronavirus social distancing restrictions, although there have been no local cases in the semi-autonomous Chinese city for more than six weeks.

Police closed off large parts of Victoria Park — the venue of past vigils — in the city’s popular Causeway Bay shopping district and warned people not to participate in unauthorized assemblies, which carry a penalty of up to five years in jail.

Despite the ban and a heavy police presence, hundreds of people still turned up Friday night to walk along the perimeter of the park. At 8 p.m., many turned on the flashlights on their smartphones while others lit candles in remembrance of those who lost their lives when China’s military put down student-led pro-democracy protests at Tiananmen Square on June 4, 1989. Hundreds, if not thousands, were killed in the crackdown.

In past years, tens of thousands of people have gathered in Victoria Park to honor the dead. Last year, thousands attended despite the ban to light candles and sing songs. Police later charged more than 20 activists with participating in the event.

A man who joined the hundreds near the park on Friday who gave only his surname, Wong, because of fears of punishment said the Tiananmen Square crackdown is a memory shared by Hong Kongers, and he wanted to commemorate the students and citizens who were killed by the People’s Liberation Army.

China’s ruling Communist Party has never allowed public events on the mainland to mark the anniversary and security was increased at the Beijing square, with police checking pedestrians’ IDs as tour buses shuttled Chinese tourists in and out.

Chinese officials say the country’s rapid economic development in the years since what they call the “political turmoil” of 1989 proves that decisions made at the time were correct.

Efforts to suppress public memory of the Tiananmen events have lately turned to Hong Kong. Apart from the vigil ban, a temporary June 4 museum closed after a visit from authorities earlier this week.

The efforts come amid sweeping moves to quell dissent in the city, including a new national security law, election system changes and the arrest of many activists who participated in pro-democracy protests that swept Hong Kong in 2019.

Although police did not identify Chow, they said they arrested a 36-year-old woman from the Hong Kong Alliance as she was advertising and publicizing an unauthorized assembly via social media despite the police ban on the vigil.

After the ban was issued, Chow urged people to commemorate the event privately by lighting a candle wherever they are.

Chow, a lawyer, said in an earlier interview with The Associated Press that she expected to be jailed.

“I’m already being persecuted for participating and inciting last year’s candlelight vigil,” she said. “If I continue my activism in pushing for democracy in Hong Kong and China, surely they will come after me at some point, so it’s sort of expected.”

Two other key members of the Hong Kong Alliance — Lee Cheuk-yan and Albert Ho — are behind bars for joining unauthorized assemblies during the 2019 protests.

At the University of Hong Kong on Friday afternoon, students took part in an annual washing of the “Pillar of Shame” sculpture, which was erected to remember the victims of the Tiananmen crackdown. Charles Kwok, the president of the students’ union, said the event was legal.

“In cleaning the Pillar of Shame, we shall learn how our predecessors defended the freedom of expression before, and we shall not easily give up,” Kwok said.

As Chinese authorities seek to curb remembrances, they seem confident the passage of time will erase memories of Tiananmen.

The government made no response to an appeal from Tiananmen Mothers, published on the Human Rights in China website, urging the party to release official records about the crackdown, provide compensation for those killed and injured, and hold those responsible to account.

Tiananmen Mothers said many young Chinese have “grown up in a false sense of prosperous jubilance and enforced glorification of the government (and) have no idea of or refuse to believe what happened on June 4, 1989.”

The suppression of the Tiananmen commemorations has been accompanied in recent years by harsh repression of religious and ethnic minorities in Tibet, the northwestern region of Xinjiang and Inner Mongolia, along with the sharp curtailing of political rights in Hong Kong.

“China’s authoritarian regime has used another kind of force — enforced amnesia — in its attempts to bury the truth of the brutal crimes it committed against its people,” Human Rights in China said in a statement.

In self-governing Taiwan, activists who host an annual Tiananmen memorial moved mostly online as the island faces its worst outbreak of the coronavirus pandemic. A temporary memorial pavilion was set up in Taipei for people in small groups to leave flowers and other mementoes.

The U.S. State Department issued a statement of support for those advocating for victims and pursuing the truth.

“We must never stop seeking transparency on the events of that day, including a full accounting of all those killed, detained, or missing,” the statement said, adding that such demands echo the struggle for political rights in Hong Kong.

Chinese Foreign Ministry spokesperson Wang Wenbin denounced the statement as interference in China’s internal affairs and said the U.S. should “first look at itself in a mirror and reflect on its own poor record in human rights.”

“In what position can the U.S. lecture others on human rights?” he said, citing the 1921 massacre of Black residents in Tulsa, Oklahoma, discrimination against minorities and U.S. actions in the Middle East. 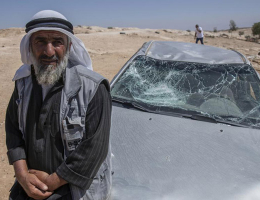 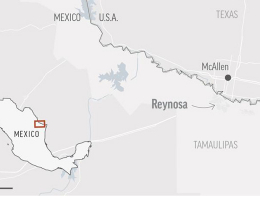 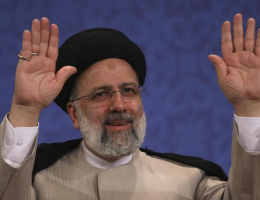 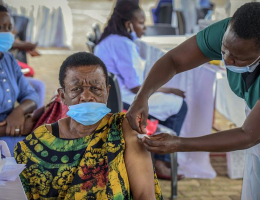 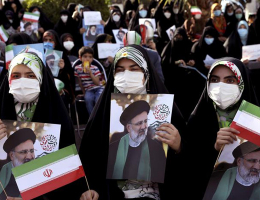