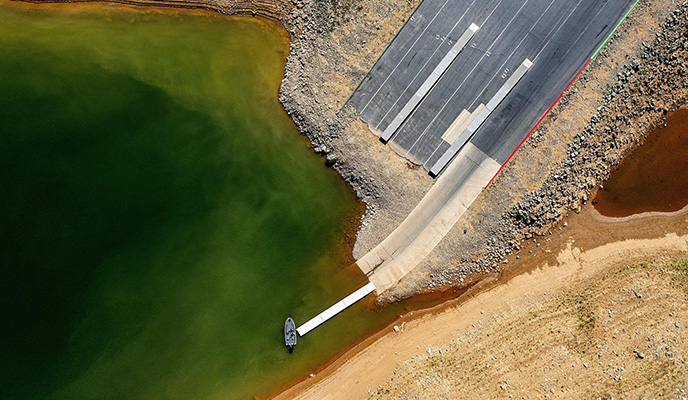 OROVILLE, Calif. — Each year Lake Oroville helps water a quarter of the nation’s crops, sustain endangered salmon beneath its massive earthen dam and anchor the tourism economy of a Northern California county that must rebuild seemingly every year after unrelenting wildfires.

But now the mighty lake — a linchpin in a system of aqueducts and reservoirs in the arid U.S. West that makes California possible — is shrinking with surprising speed amid a severe drought, with state officials predicting it will reach a record low later this summer.

While droughts are common in California, this year’s is much hotter and drier than others, evaporating water more quickly from the reservoirs and the sparse Sierra Nevada snowpack that feeds them. The state’s more than 1,500 reservoirs are 50% lower than they should be this time of year, according to Jay Lund, co-director of the Center for Watershed Sciences at the University of California-Davis.

Over Memorial Day weekend, dozens of houseboats sat on cinderblocks at Lake Oroville because there wasn’t enough water to hold them. Blackened trees lined the reservoir’s steep, parched banks.

And everyone needs the water to run hydroelectric power plants that supply much of the state’s energy.

If Lake Oroville falls below 640 feet (195 meters) — which it could do by late August — state officials would shut down a major power plant for just the second time ever because of low water levels, straining the electrical grid during the peak demand of the hottest part of the summer.

In Northern California’s Butte County, low water prompts another emotion: fear. The county suffered the deadliest U.S. wildfire in a century in 2018 when 85 people died. Last year, another 16 people died in a wildfire.

Walking along the Bidwell Canyon trail last week, 63-year-old Lisa Larson was supposed to have a good view of the lake. Instead, she saw withered grass and trees.

Droughts are a part of life in California, where a Mediterranean-style climate means the summers are always dry and the winters are not always wet. The state’s reservoirs act as a savings account, storing water in the wet years to help the state survive during the dry ones.

Last year was the third driest year on record in terms of precipitation. Temperatures hit triple digits in much of California over the Memorial Day weekend, earlier than expected. State officials were surprised earlier this year when about 500,000 acre feet (61,674 hectare meters) of water they were expecting to flow into reservoirs never showed up. One acre-foot is enough water to supply up to two households for one year.

“In the previous drought, it took (the reservoirs) three years to get this low as they are in the second year of this drought,” Lund said.

The lake’s record low is 646 feet (197 meters), but the Department of Water Resources projects it will dip below that sometime in August or September. If that happens, the state will have to close the boat ramps for the first time ever because of low water levels, according to Aaron Wright, public safety chief for the Northern Buttes District of California State Parks. The only boat access to the lake would be an old dirt road that was built during the dam’s construction in the late 1960s.

“We have a reservoir up there that’s going to be not usable. And so now what?” said Eric Smith, an Oroville City Council member and president of its chamber of commerce.

The water level is so low at Lake Mendocino — a reservoir along the Russian River in Northern California — that state officials last week reduced the amount of water heading to 930 farmers, businesses and other junior water-rights holders.

“Unless we immediately reduce diversions, there is a real risk of Lake Mendocino emptying by the end of this year,” said Erik Ekdahl, deputy director for the State Water Board’s Division of Water Rights.

Low water levels across California will severely limit how much power the state can generate from hydroelectric power plants. When Lake Oroville is full, the Edward Hyatt Power Plant and others nearby can generate up to 900 megawatts of power, according to Behzad Soltanzadeh, chief of utility operations for the Department of Water Resources. One megawatt is enough to power between 800 and 1,000 homes.

That has some local officials worrying about power outages, especially after the state ran out of energy last summer during an extreme heat wave that prompted California’s first rotating blackouts in 20 years. But energy officials say they are better prepared this summer, having obtained an additional 3,500 megawatts of capacity ahead of the scorching summer months.

The low levels are challenging for tourism officials. Bruce Spangler, president of the board of directors for Explore Butte County, grew up in Oroville and has fond memories of fishing with his grandfather and learning to launch and drive a boat before he could drive a car. But this summer, his organization has to be careful about how it markets the lake while managing visitors’ expectations, he said.

“We have to be sure we don’t promise something that can’t be,” he said.

Low lake levels haven’t stopped tourists from coming yet. With coronavirus restrictions lifting across the state, Wright — the state parks official for Northern California — said attendance at most parks in his area is double what it normally is this time of year.

“People are trying to recreate and use facilities even more so (because) they know they are going to lose them here in a few months,” he said. 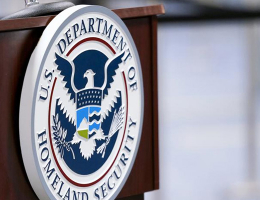 Ransomware gangs get paid off as officials struggle for fix 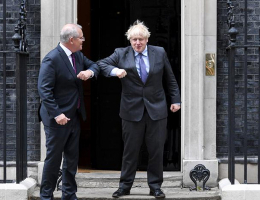 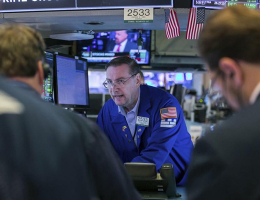 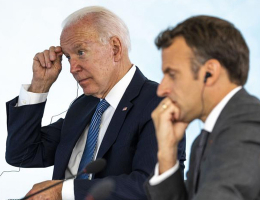 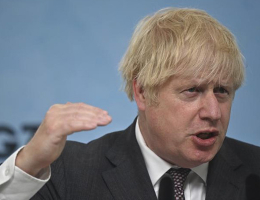